You are here:
Tips 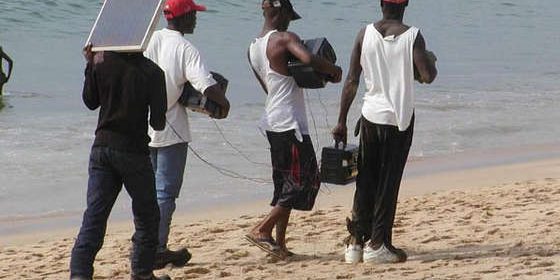 I’m a battery and solar nerd. The other day I remembered reading an article about high capacity solar battery banks. I remembered it was very good so I searched for it because that is what I do, design solar battery banks and PV arrays. I’m always looking to learn more or see what my competition is up too. I found it and reread it. The article was spot on. I found it strange because all I ever find is misinformation. There is some good information out there but not much when it comes to solar energy storage. I was curious about the author, the article was that good! So I did a search on him, and what did I find? It was written by Christopher Freitas a couple of years back. Who is Christopher Freitas? He’s the co-founder and former owner of Outback Power, one of the best and largest manufacturers of solar hardware. This guy knows what he’s talking about. The only gripe I have with Mr. Freitas is that Outback Power chooses to sell AGM batteries for solar energy storage, which is the wrong choice. Hey nobody is perfect, not to mention it was probably the corporate bean counters decision at Outback Power to sell AGMs instead of Gel batteries (gel batteries are far more superior in a cycling application offering up too over 2 times the lifespan). Still it was a great article and is the type that people need to be reading. Not the misinformation that’s published by so called experts, and by so called experts I mean most solar companies, installers, battery wholesalers (some of the worst) and the do it yourself, DIY solar experts.

The DIY solar guys on youtube are the worst! They put out these videos and a lot of them have 500,000 plus views, and when I’m done watching I think “Great! 500,000 people that are now misinformed!” These guys never do the cost benefit anyalsis of what their solar energy system is going to cost. It’s a hobby for them and that’s great everybody needs hobbies. My problem is that after they dump thousands of dollars into their systems and can run a little refrigerator, radio and a couple of lights they think they are Solar gods and Battery guru’s. Then they just can’t help themselves and have to show and tell the world. What do they do? Yep you guessed it, they make a video, post it on youtube showing it off, and preach to the world how perfect it works. Then they tell you all the do’s and don’ts, and then about the BEST equipment and the BEST batteries to use. All at the most economical prices of course. Kudos to the DIY solar guys for trying to figure it out by trial and error, but some jobs are best left for the experts. A fully integrated solar energy system with storage that works too its full potential is not simply something that you can put together piecemeal, and is much more complex then most think. I know these DIY solar guys are trying to help people figure out solar and save the world, but they are actually doing their audience a disservice by giving them inaccurate information, ultimately setting them up for failure, wasting their money, and putting a bad taste about solar energy and batteries in their mouth when there system fails. If these guys only had a clue! My advice is if your interested in solar energy and solar energy storage is to do your homework. Then go talk to an expert, a couple of them, and then make an educated decision on the best way for you to proceed. You’ll be happy you did and your wallet will be too! Maybe then you’ll be ready to become a DIY solar expert.